There are several developments in preparation for the conference: We’ve sent the acceptance notifications to authors who proposed talks. If you haven’t received the email, please contact the Program Committee. The Program Committee is now hard at work putting together and scheduling the program and we still aim to have it ready by the 27th of June. Note also that the early bird deadline is only 9 days away. Finally, we have the second keynote for CppCon 2014: 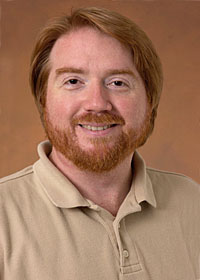 One of the more challenging aspects of developing flight software (FSW) for NASA’s Spirit and Opportunity Mars Exploration Rovers (MER) and Curiosity, the Mars Science Laboratory rover was how to enable them to drive themselves safely through unknown Martian terrain. When the MER mission was approved in the year 2000, JPL researchers had already demonstrated that capability on prototype rovers using software written primarily in C++ on a VxWorks realtime O/S platform with shared memory. So when asked to incorporate that capability into the MER vehicles which also relied on a similar VxWorks realtime O/S, the team concluded it would be safest and most expedient to incorporate the already field-tested C++ software. But that presented a challenge, since at that point all rover FSW development was mandated to be done mainly in the C programming language.

In this talk we present some of the challenges we faced and solutions we found in deploying C++ onto the Mars Rovers. For example, dynamic allocation was initially precluded, but development of a specialized memory allocator (using the C++ “placement new” operator) enabled us to incorporate it safely into the flight system. We will discuss what aspects of C++ were incorporated, what simulation environments aided development, describe some of the tools used to validate system behavior, and explain how our success using C++ for the implementation of autonomous navigation on MER has influenced future FSW efforts.

Speaker’s bio: Dr. Mark Maimone is a Navigation and Machine Vision researcher at JPL. Mark designed and developed the autonomous vision and navigation software that lets the MER and MSL Mars Rovers drive themselves safely, and wrote ground software that automated the analysis of Mobility and arm operations on MER. Mark is now a Rover Driver for Curiosity, and he continues to develop and enhance the onboard autonomous vision and navigation software for the rovers. Mark earned his Ph.D. in Computer Science at Carnegie Mellon University in 1996, and completed a postdoc there in 1997 as Navigation and Software Lead for the 1997 Atacama Desert Trek. At JPL since 1997, Mark has also worked on the Long Range Science Rover, Planetary Dexterous Manipulator, and Pioneer Vision System for Chornobyl Inspection projects, delivering 3D vision systems for autonomous robotic operations and mapping.

"It's a great place to engage with the very best in the C++ community."