Matt Godbolt‘s closing plenary is entitled, What Has My Compiler Done for Me Lately? Unbolting the Compiler’s Lid The abstract gives a history of the project that has made Godbolt a verb: 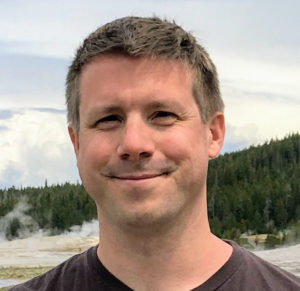 In 2012, Matt and a colleague were arguing whether it was efficient to use the then-new-fangled range for. During the discussion a bash script was written to quickly compile C++ source and dump the assembly. Five years later and that script has grown into a website relied on by many to quickly see the code their compiler emits, to compare different compilers’ code generation and behaviour, to quickly prototype and share code, and investigate the effect of optimization flags.

In this talk Matt will not only show you how easy (and fun!) it is to understand the assembly code generated by your compiler, but also how important it can be. He’ll explain how he uses Compiler Explorer in his day job programming low-latency trading systems, and show some real-world examples. He’ll demystify assembly code and give you the tools to understand and appreciate how hard your compiler works for you.

He’ll also talk a little about how Compiler Explorer works behind the scenes, how it is maintained and deployed, and  share some stories about how it has changed over the years. By the end of this session you’ll be itching to take your favourite code snippets and start exploring what your compiler does with them.

If you’d like to thank Matt in person for Compiler Explorer, there is still time to register (but not much).