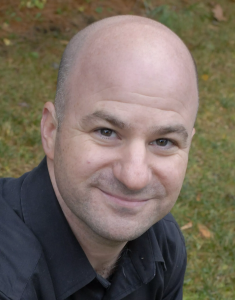 Emery Berger is a Professor in the College of Information and Computer Sciences at the University of Massachusetts Amherst, where he co-directs the PLASMA @ UMass lab.  To fully appreciate the work that Emery has done and the academic honors that he’s received, you really need to read his bio.

Emery takes performance seriously and that’s what this talk is about. He’ll discus a new approach to profiling called causal profiling. This approach has led to the development of a tool called Coz, which ships as part of standard Linux distros and supports C++, Rust, and Java. “Guided by Coz, we improved the performance of Memcached (9%), SQLite (25%), and accelerated six other applications by as much as 68%; in most cases, this involved modifying less than 10 lines of code and took under half an hour (without any prior understanding of the programs!).”

In this talk, I’ll first discuss some of the significant and surprising challenges facing C++ programmers trying to achieve high performance on modern hardware platforms: performance is far less stable and predictable than you might think! I’ll present some experimental evidence that strongly suggests we can’t count on compiler optimizations to help us out of this hole: in particular, I’ll show — using a new experimental methodology — that the difference between clang’s -O2 and -O3 optimization levels is essentially indistinguishable from noise.

"In the first year this was already the best conference in the world to learn about C++, become a better C++ developer, or to spread the word about tools, techniques, and technology relating to C++. And it's just going to be better in every dimension next year."